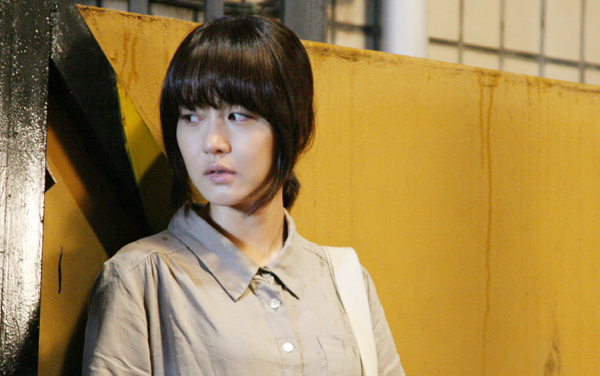 “A Boy’s Sister,” starring actress Sung Yu-ri, has been invited to the 37th Montreal International Film Festival, according to the movie’s distributor on Friday.

The actress, who is currently playing a leading role in SBS drama “The Secret of Birth,” did not avoid showing herself without makeup or presenting a face that is full of bruises and bandages.

The movie, which had its local release in January, garnered international attention as it was invited to one of the most prestigious festivals in North America.

Sung plays Yunhee, a sister to a boy who dies while saving her when she almost drowned in a river during rainy season.

Due to her guilt, she has been unable to step outside whenever the season comes back and loses her job every year.

Then, a local bully named Jinho steals her wallet with her only photo of her brother, but they encounter each other again when Yunhee starts doing volunteer work at the school Jinho attends.

After Yunhee gets to know the difficulties Jinho has faced in his life, Yunhee decides to forget about her traumatic experience with her brother and help Jinho get back on his feet.