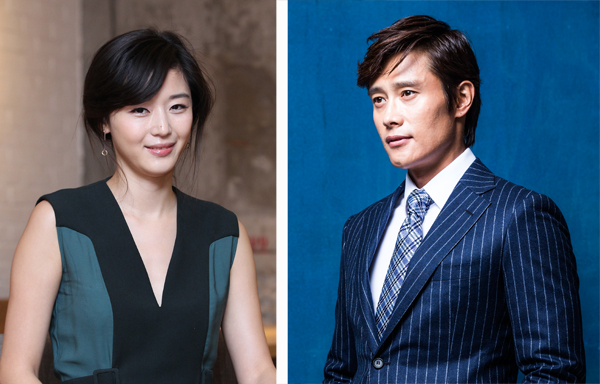 The award, given to the top actor and actress of the year, is selected by Korea’s movie producers associations.

Lee, a long-time star around Asia, starred in last year’s “Masquerade,” the fourth-biggest Korean film ever, and is set to appear in the Hollywood action film “Red 2,” which opens here next week.

Jun has similarly been popular around Asia for more than a decade, from “My Sassy Girl” to last year’s hit “The Berlin File,” the biggest-grossing Korean film in history.

“Lee and Jun are two of the best performers of the current generation,” said a PiFan official, according to local media reports. “They have not only shown their acting abilities, but also made movies popular among audiences.”

The two will make an appearance at the red-carpet opening ceremony of the 17th edition of the festival tonight in Bucheon, Gyeonggi.

This year’s PiFan features 230 films from 40 countries, and runs until July 28.

Jun has been making waves recently with rumors that she might be returning to the small screen for the first time in 14 years. Local media say Jun has been offered a part in the new SBS drama “A Man From a Star.”

The new drama, which is scheduled to air beginning in December, is about a man from another planet who has been living in Korea for 400 years, and how he falls in love with a woman in the current time.

In the award’s debut last year, the jury selected actors Ha Jung-woo, also of “The Berlin File” and from “Nameless Gangster,” and Ha Ji-won of “As One” and “The Duelist.”