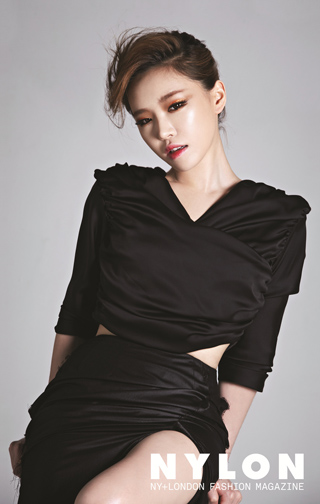 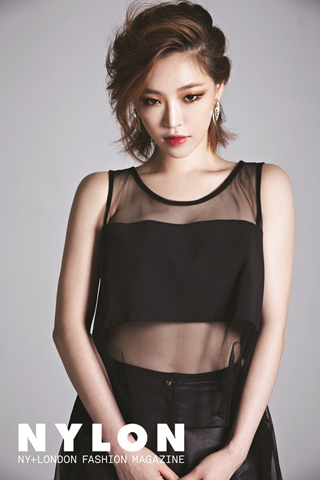 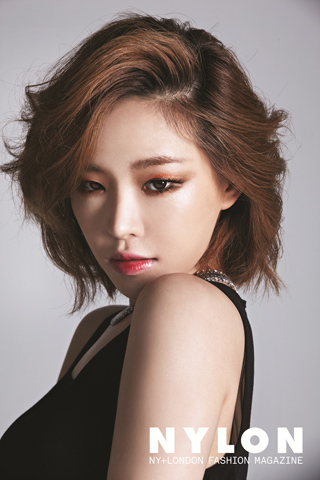 Ga-in of girl group Brown Eyed Girls tries a bronze-colored makeup in photos released by fashion magazine Nylon yesterday.
In the August edition, Ga-in introduces secrets to her eye makeup technique in hot summer weather saying that bronze color matches well with the torching sunlight.
She also recommends using a waterproof eyeliner and mascara so that makeup can last longer under high temperatures.
She will make a comeback with the rest of the members in the group on July 29 with the release of the group’s fifth album.