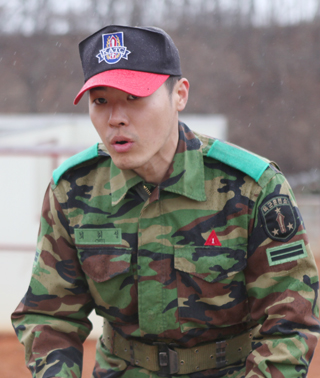 Singer Wheesung will be discharged from his military service today, where he has been serving since November 2011.

The singer, who served as a drill instructor at the military training base in Nonsan, South Chungcheong, will have a small fan meeting to celebrate his discharge.

As this will be his first public event in almost two years, demand is high to see the popular singer, in anticipation of discovering if he still has his full star abilities.

“Wheesung has been passionate about doing his military duty, and he gained about 10 different awards for his service,” said an official at the singer’s agency. “That is why we are having this small event, to thank the fans who have been waiting for him.”

The singer, who was originally scheduled to be discharged Tuesday, had to serve three additional days in detention for having been caught possessing a cell phone without approval.

Reportedly Wheesung used a cell phone while he was hospitalized due to back pain last year. He had been accused of abusing the drug propofol but was cleared last month after proving he was taking the drugs for a legitimate medical purpose.