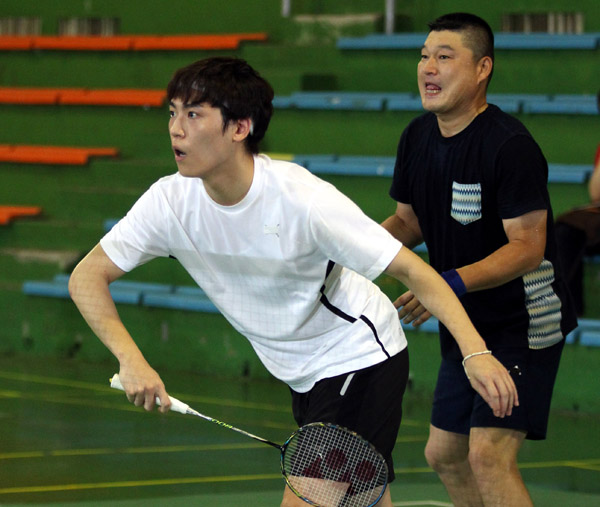 KBS entertainment show “Our Neighborhood Arts and Physical Education” had a filming session at KBS Sport World in Hwagok-dong, southwestern Seoul yesterday. The broadcaster opened the filming to media while members and guests on the show played badminton.

Singer Changmin of boy group TVXQ, who showed poor form in badminton in the most recent episode, surprised other players with his improved skills after practicing for hours behind the scenes. To prove he had struggled to become better, he showed off his bandage-covered leg.

Meanwhile, Kang Ho-dong expressed hope that singer Lee Moon-se could join the show in future as he said to be a good badminton player.