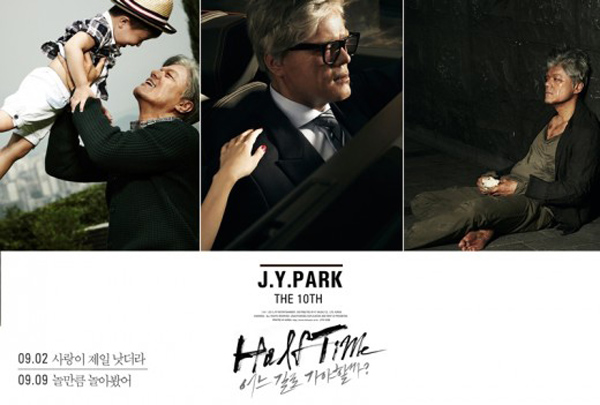 Park released photos yesterday teasing the album, which will be titled “Halftime.” Each photo features different Park dressed as different, older characters - a grandfather holding his grandchild, a sleek old man in a black suit with a girl’s hand on his shoulder and a homeless old man.

“As a singer, dancer and producer, he has lived life to the fullest, but at this point he is contemplating why life is so hard,” said a JYP Entertainment official.

“This album is his reflections and thoughts. Through the teaser, he tried to express the anguish one feels at reaching the halfway point in life.”

Park will reveal one track off his new album on Monday, tentatively titled “Love Is Best.” Then he will release his entire album on Sept. 9.