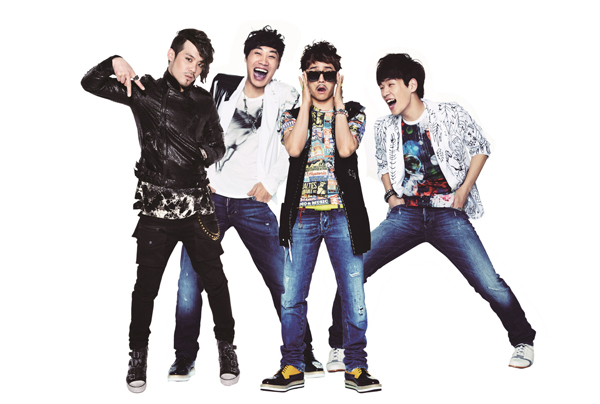 “Lim is still shown as a leader when [searching for] Ulala Session on portal sites,” said MC Shindong, a member of Super Junior.

“We asked [the Web sites] to revise the information when we found his name was deleted on portal sites,” said Kim Myung-hoon of Ulala Session.

“It has been really difficult, but now I try to think rather dully. By recollecting our ‘permanent leader’ Lim, I sometimes laugh and get consolation,” added Park Gwang-sun, another member of Ulala Session.

The song “Old Tape,” which was written by the late Lim, was aired for the first time.

Meanwhile, Bang Yong-guk, a member of boy group B.A.P, co-starred in the program.

He chose “woman with public etiquette” as his ideal type. He said that he has seen a girl picking up trash on the street when there were hardly people doing that.

Bang mentioned Tang Wei as his ideal type, saying she is not only pretty but also does a lot of charity work.