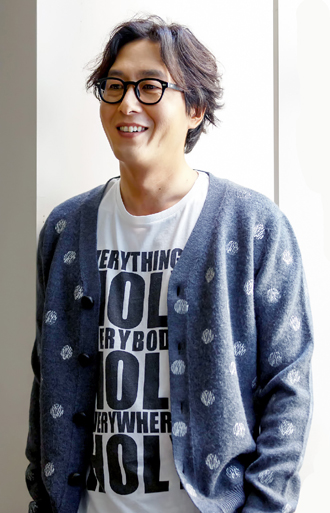 Actor Kim Joo-hyuk says he was “destined” to play the legendary doctor from the Joseon Dynasty (1392-1895), Hur Jun. After all, his father played the same role four decades ago, in the 1975 series “Tenacity.”

But destiny didn’t make the role any easier. As it was a daily drama, he had to suffer from tight schedules every day, which eventually exhausted him. On top of that, the broadcaster added 15 more episodes than the number originally scheduled.

“I was speechless when I heard the news that they would produce more episodes,” he recalled, adding that he once filmed for 35 hours straight without sleeping. “I could not imagine it taking so much of my life,” he said. “But I still think I was destined to play the role, and I tried to do my best thinking of my father.”

Q. Many others have played the role of Hur Jun before in different series. What did you do to differentiate your acting from the others?

A. I was smoother. I tried to show a more humane side. It was more interesting that the drama depicted Hur’s entire life, from his early years to his later ones. That helped me empathize with the character, as I showed his entire life. When I was playing him in his later years, I really felt exhausted and sorrowful.

What did you feel after the drama came to an end?

I felt like I had been imprisoned and was set free. I feel like I’m a social misfit. Filming this drama was that hard. It was hell. The filming schedule always started with the Hur Jun character and ended with him as well. I think my scenes took up 70 percent of each episode.

You had previously said that you never wanted to make a periodic drama again after “God of War” in 2012. Why did you change your mind?

I’m embarrassed that I made that statement so confidently. I think I may have said that because of how hard that first series was. But when I read the script for “Hur Jun, the Original Story,” I felt it was my destiny. I chose it because my father had played it. I still think that I was destined [to play the role.]

Are you ready to play a role set in modern times now?

Of course. I think I’ll be very delighted to do anything more modern, regardless of genre. I have become more mentally strong after doing a historical drama two years in a row. I have overcome my fears, and I feel like I have just been discharged from the military.

What do you want to do now?

Don’t you want to be involved in a romantic relationship?

I feel pressure to get married. Even if I were to have a baby right away I’ll be 60 years old when my baby becomes 20. I cherish children. I think I’ll be happy if I had a child that looks like me and plays right by my side.