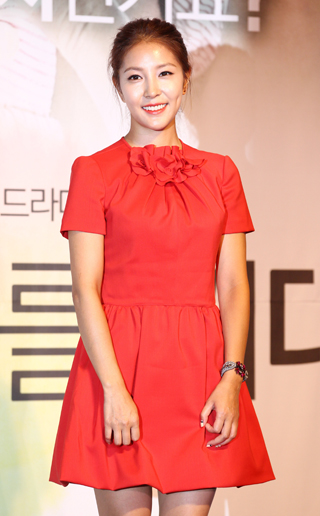 The singer BoA appears to be growing more interested in acting these days, as she is reportedly about to join the cast of another movie, titled “Big Match.”

The singer recently acted in a short two-episode drama on KBS called “Expect Romance,” earning her many positive reviews for her natural acting style.

“BoA has shown that she can succeed as an actress,” said one movie industry expert, according to local media reports.

“She may be the right person, for there are currently not so many actresses [in Korea] in their 20s actively filming movies,” the expert said.

“Big Match” is slated to star Lee Jung-jae and Shin Ha-gyun, and is directed by Choi Ho, who made “Go Go 70s.”

The movie will reportedly start filming next month and is aiming to be released in the second half of next year.

BoA has also starred in the Hollywood dance movie “Make Your Move,” which has been released in nine countries around the world, although not yet in the United States or Korea.