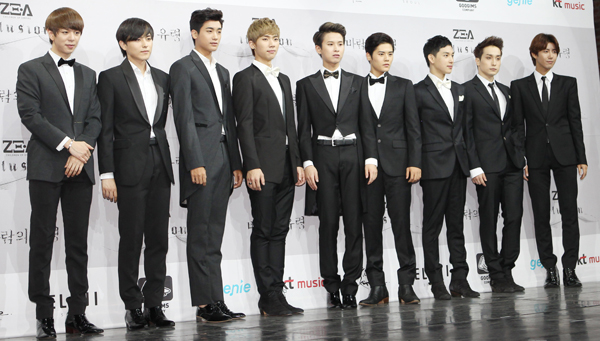 The nine-member K-pop group Children of Empire, also known as ZE:A, is strongly fighting back against rumors that several members faked their university coursework and attendance at an online school the group endorses.

One news outlet claimed the government’s Board of Audit and Inspection found that several members of the group faked their online university attendance, saying that professors and teaching assistants just downloaded the online lectures to make it look like the members had taken the courses.

“No members of the group has done anything wrong or faked their attendance,” said the group’s agency, Star Empire, yesterday. It added that the audit board had investigated the group two months ago, when they said they had no idea what the school had done.

“We learned about such issues through the inspection, and we are very sorry that the school just marked attendance without checking with students,” said the agency, adding that because of the faked records the members’ marks from 2010 were changed to F grades.

The board’s inspection came amid allegations that local cyberuniversities have shown favorable treatment to stars taking their classes to better promote their programs.