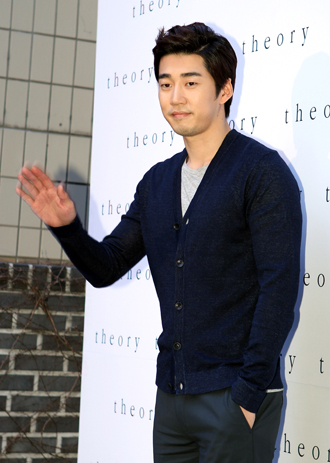 Actor Yoon Kye-sang, of the 2008 film “Beastie Boys” and the 2011 MBC drama “The Greatest Love,” may come back to the small screen next year.

The actor, who debuted as a member of the idol group g.o.d. in 1999, is talking with broadcaster KBS about taking part in a new drama, tentatively named “The Full Sun.”

The new melodrama features a lead character named Jeong Se-ro who accidentally kills someone and begins living life as a con man. Later on he tragically falls in love with the partner of the man he killed.

If Yoon confirms his part in the drama, he will be playing Jeong.

As Yoon’s last TV appearance had was on the daily sitcom “High Kick! Revenge of the Short Legged” on broadcaster MBC about two years ago, many fans are waiting to see how the actor will fare in his romantic role in “The Full Sun.”

The drama’s production team will finalize the cast soon. The program will be aired after ongoing drama “The Prime Minister and I” ends its run in February.