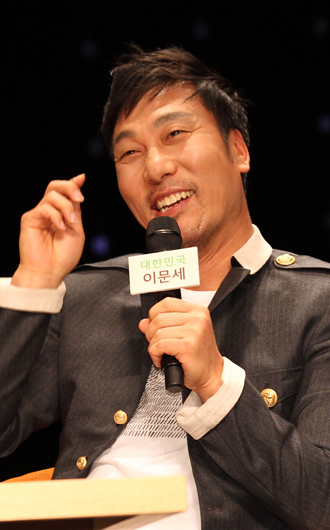 Veteran singer Lee Mun-sae held his first concert of the year on Saturday at the Pohang Gymnasium, North Gyeongsang.

“Thank you for your enormous support! I’m truly happy to be here, singing and sharing these good feelings,” the 55-year-old musician said during the concert, which was attended by more than 3,000 people.

Lee appeared on stage and conducted Korea’s national anthem before continuing on with more than 20 popular tracks he has released over the years, including “Sunset Glow,” “The Girl” and “I Still Do Not Know.”

The singer celebrated his 30th anniversary last year, holding a concert on June 1 in the Olympic Stadium in Jamsil, southern Seoul, with more than 50,000 fans present.