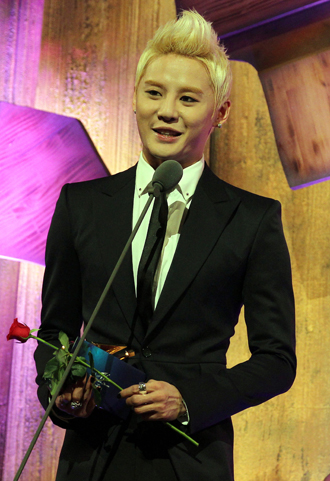 Singer-turned-musical-star Kim Jun-su from K-pop trio JYJ has confirmed his appearance in the new musical “Dracula,” according to local media yesterday.

“With the casting of Kim, we are certain that we will be able to make an ‘attractive and romantic’ Dracula,” said Shin Choon-su, the producer of the musical.

Shin explained that he wanted to make good use of Kim’s sweet voice, as well as his masculinity.

The musical, which is based on an 1897 Gothic novel of the same title, focuses on the tragic love story of Dracula, a vampire. The novel was first adapted into a musical in 2001 and premiered on Broadway in 2004.

This is the first Korean version of Dracula, and it has reportedly gone through a deliberate translation process.

The musical is set to unveil in July at the Seoul Arts Center.