Tons of hits but mixed reviews for Psy

Tons of hits but mixed reviews for Psy 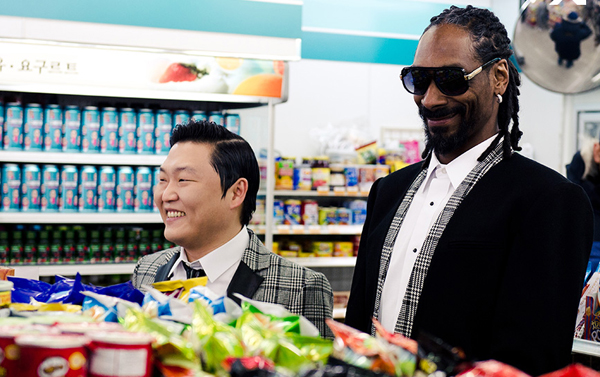 It seems like the “party ain’t over” for Psy this season. The new video from the star of “Gangnam Style,” the alcohol-fueled party anthem “Hangover” on which he collaborated with hip-hop artist Snoop Dogg, has gained 33 million views on YouTube within just three days of its debut. It was first shown to the public during Psy’s interview on ABC’s “Jimmy Kimmel Live: Game Night” in Hollywood, California.

“Good thing and Bad thing make Everything!! THX to all ya!!” tweeted Psy on Tuesday, referencing both the worldwide support and the 117,535 users who pressed the “dislike” button under the video.

When the video was released on Monday morning, Psy fans at home showed mixed feelings toward the clip for containing negative images of Korea’s drinking culture.

But apparently, as some music critics noted, both Psy’s fans and haters are watching the video, securing his status as the most well-known K-pop star on the global music scene.

While 2012’s “Gangnam Style,” which passed two billion hits recently, is the most watched video in YouTube’s history, as of yesterday, Psy’s 2013 single “Gentleman” had reached 694 million views.