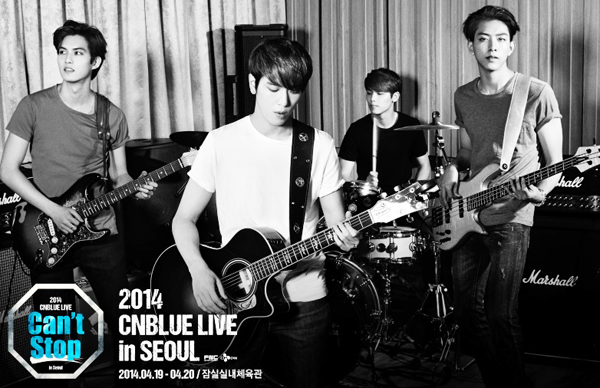 Rock band CN Blue threw a live concert in Busan on Saturday, after four years of being away from the city. The Saturday concert meant much more than other venues for front man Jung Yong-hwa and guitarist Lee Jong-hyun, as the two were born and raised in the “marine city.”

Their agency FNC Entertainment official told local media that Yong-hwa and Jong-hyun seemed to have been more excited than usual, as their family members and close friends also attended the show. “They should’ve missed performing for Busan’s people.”

During their two-hour show, the band sang more than 24 songs, including the tracks from the latest EP “Can’t Stop,” released back in February.

Next month, they will continue their tour in mainland China, and head to Taiwan on July 26 for a two-day concert. Malaysian fans will be able to check them out on Aug. 9 at Stadium Negara in Kuala Lumpur.