K-pop show a success in U.S.

K-pop show a success in U.S. 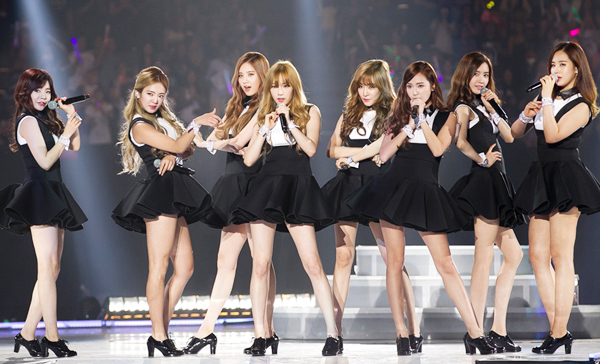 “M Countdown,” Mnet’s main music show, held a K-pop event for around 30,000 fans in Los Angeles over the weekend.

The concert, which was set up to showcase the essence of K-pop, was organized as part of “KCON 2014,” one of the largest Korean pop culture conventions. It was hosted by Mnet’s operator, CJ E&M.

The special concert “M Countdown - 2 Nights in LA” took place at the Los Angeles Memorial Sports Arena. Fans at the stadium had the chance to see their favorite K-pop stars perform in person.

Among other performers, G-Dragon of boy group Big Bang and solo singer IU appeared on stage on Saturday while Girls’ Generation and boy band CN Blue greeted fans on Sunday.

“IU garnered much attention while talking to fans in English as it was her first time performing in the U.S.,” said CJ E&M in a release yesterday.

The show will air in Korea on Mnet for two hours on Thursday.