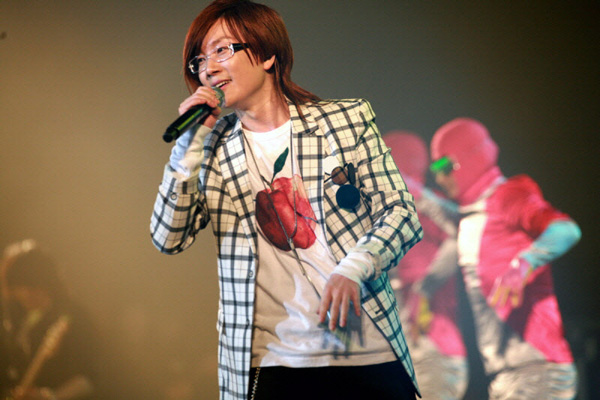 After years of avoiding mainstream media, K-pop music icon Seo Tae-ji will reportedly appear on the KBS entertainment show “Happy Together 3,” according to local media yesterday.

Ilgan Sports, an affiliate of the Korea JoongAng Daily, wrote that the public broadcaster confirmed his appearance Tuesday, adding that the show with Seo will air on Oct. 9 at 11:10 p.m.

Filming is scheduled for next Saturday.

Seo’s career dates back to the early 1990s when he was idolized by teenagers for his hip-hop style and punk-rock music, which are considered to have ushered in a new era for K-pop.

But for his fans, whatever appeared in the media about him was as close as they could get to the star, for he developed an image locals call “mysticism.”

Those who have longed to peek into Seo’s personal life welcome the recent news about his appearance on the program.

But for some others, especially those who were shocked by the unexpected news last year that he married an actress, Lee Eun-sung, who is 16 years his junior, the mystery game and the star himself seem to have lost all intrigue.

When news spread that Seo will talk with emcee Yoo Jae-suk alone, ditching the show’s four other hosts, viewers complained that the format was “unfair.”

The executive producer of the program, Kim Kwang-soo, brushed off the critique, according to Ilgan Sports, an affiliate of the Korea JoongAng Daily, yesterday.

“The show is going to run on a one-to-one format only in the beginning,” Kim told Ilgan Sports, adding that Yoo will be accompanied by his regular crew later on into the show.