Those songs before phone calls are giving way to videos

Those songs before phone calls are giving way to videos 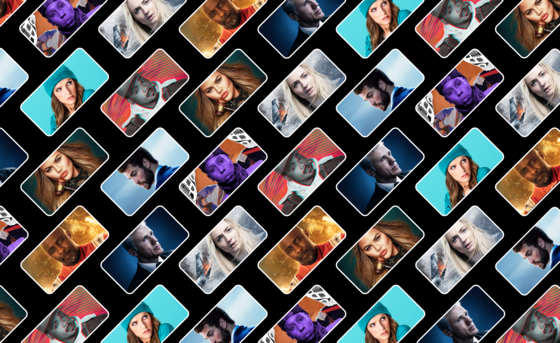 An image of the short video streaming platform, Quibi [QUIBI]


It’s second nature to expect to hear a song before your friend or mother answers a phone call and says, “Yeoboseyo?”

Soon you’ll be watching a video.

Three mobile carriers are jointly developing a “video coloring” service, or personalized ringback tone in video form, possibly by the end of this year. Once the service is launched, callers will be able to watch a video chosen by the person being called.

A ringback tone is music or audio played by the service network before a subscriber answers a call. In Korea, this service is referred to as “coloring.”

Telecommunication companies hope to capture a younger audience by offering short videos, a format popular among customers younger than 30.
“While a large number of customers in their 30s and 40s use ringback tone services, we believe the demand for that service is declining among the younger generation,” said an official from one of the three telecommunications companies Monday.

Telecommunication operators also plan to market the service to mom-and-pop businesses as a means of advertisement.

While the concept is relatively new in Korea, video ringback tones have existed in China since 2018.

Korea telecom companies are likely to benchmark the business model of China Unicom, where users are charged a different monthly fee depending on who created the video.

Videos made by individuals cost less than videos created by partner companies like Tencent, a tech company in mainland China.
China Unicom also has a different payment plan for corporate clients.

Korean telecom companies are trying to appeal to young users of video-based social media platforms like TikTok, who use short videos to express something about their identity and character. Users of the service will be able share with callers snippets of music videos by their favorite celebrities or scenes from movies and musicals in GIF form.

“Since most young people look at their smartphone screens and take calls through their earphones, we are confident that demand for video ringback tone services will be high among young customers,” said an industry source.

It also plans to allow short videos of menus for restaurants or other kinds of advertisements for small businesses.

Cooperation will be necessary among the three mobile carriers for the idea to work. An independent server will be needed, and the companies have to agree to video standards, such as a maximum length. According to industry sources, the three companies have already started discussions on the matter.

Analysts say the service may persuade more customers to upgrade to 5G phones.

“People have criticized telecommunications companies for lacking ‘killer content’ to consume on their 5G platforms. The video ringback tone service will increase demand for high-resolution videos, which will help them expand their 5G networks,” said Nam Seung-yong, a manager at the Media & Future Institute.

“The video coloring service will open doors for the three telecommunications companies to make money from content without having to actually produce it,” said a source in the video content industry.