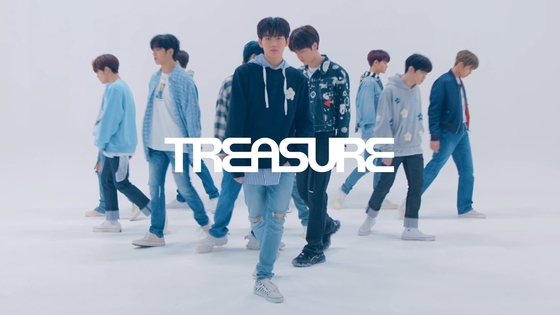 YG Entertainment has confirmed the debut of its new boy band Treasure. The 12-member group will make its official debut in July. The entertainment giant's last act to debut was girl group Blackpink, whose first release came out in August 2016.

To signal the upcoming debut, the agency released a teaser video on its official blog featuring all 12 members as well as a subtitle reading “July 2020.”

The entertainment company said the exact date of the debut and other related information will be released to fans first, adding that it appreciates their long wait.

Treasure is the fourth boy band to debut under YG Entertainment, after Big Bang, Winner and iKon. The group was put together through a survival program called "YG Treasure Box" which aired from November 2018 to January 2019.

Through the show, the group has developed a large fan base in Korea and all around the world. The group's dance video for the pre-debut track “Going Crazy” already has over 20 million views. The number of views is considered quite high considering the group has not made an official appearance yet, according to the agency.

“Members of the group have participated in writing lyrics and music,” said YG. “It’s a positive sign that the music the members have worked on over the past few years has been getting good reviews.”