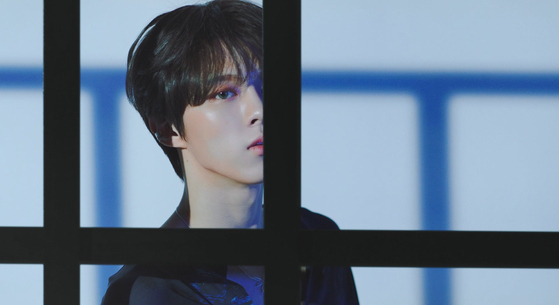 
The agency released the first concept photo and teaser video for the EP's lead track on Wednesday, flaunting Kim’s fierce look amid a dreamlike backdrop.

“This album is about the human greed that everyone has,” Kim said on his official YouTube channel.

“It’s about the greed that keeps us looking for something and wanting to achieve it. You may become greedy of me or of the album. I want you to express all of your greed.”

Kim made his official debut in 2015 as a part of the boy band UP10TION, and then as a member of X1, the final group from the fourth season of cable channel Mnet’s audition program “Produce X 101,” in 2019.

Kim was ranked second during the show's finale, but the group soon disbanded due to scandals surrounding the program's producers.

He has been readying his solo launch since the group disbanded earlier this year.