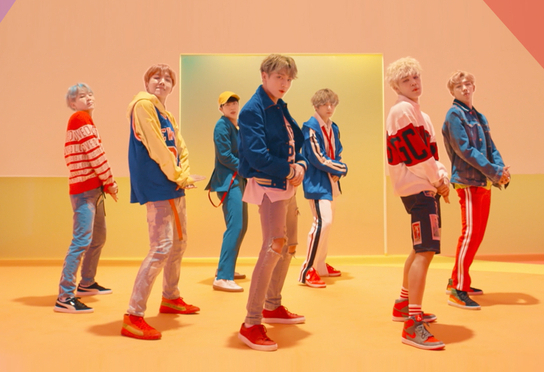 Record-breaker BTS has once again made its mark on the history books by becoming the first K-pop boy band to surpass 1 billion views on one of their music videos after its 2017 hit "DNA" hit the monumental threshold on Monday morning. 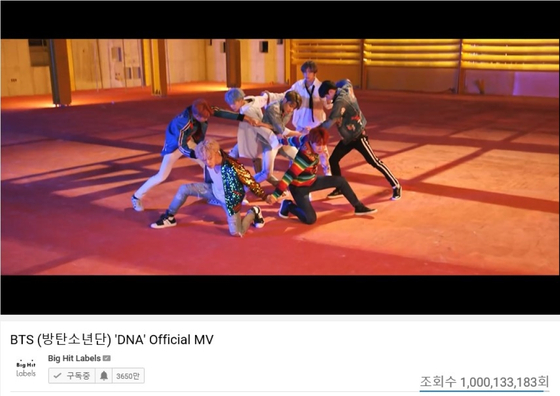 The song was released in September 2017 as the lead track of the band's fifth EP "Love Yourself: Her," and landed itself on Billboard's Hot 100 for four consecutive weeks afterwards, peaking at No. 67. It surpassed 100 million views within just 24 days of its release.

The EP also sat on the Billboard 200 albums chart for six weeks in a row, allowing BTS to become the first Korean act to have both its song and album simultaneously sit on Billboard's main charts.

BTS has released 23 music videos which have garnered views that range from 100 million to 1 billion. Of them, the band's 2019 hit "Boy With Luv" is nearing the 800 million-view mark, with over 790 million views as of Monday morning.