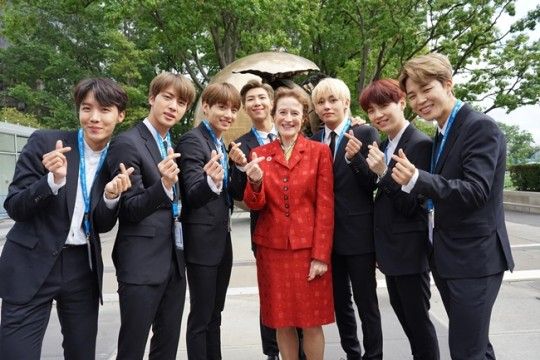 "BTS's message that you must love yourself to be able to love others has made positive changes all over the world," the Korean Secretary General of Unicef Lee Ki-chul, said.

"BTS has successfully spread the value of true love for oneself and others, especially through the Unicef promotional booth held outside the concert venue during its world tour held in Britain, Hong Kong, Thailand and more."

The "Love Myself" campaign began in 2017 when BTS and Unicef signed an agreement to kick-start a campaign to eradicate violence all around the world, especially regarding teenagers and children.

The Unicef Inspire Awards honors the campaign that has had the biggest influence on the world every year.

BTS took the prize among 100 campaigns held in 50 countries around the world.