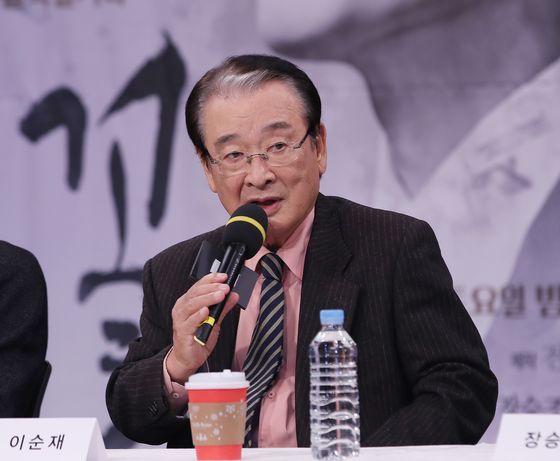 Actor Lee Soon-jae and his agency SG Way Entertainment responded to allegations of abuse of power and unfair dismissal by Lee's former manager on Wednesday.

"It all happened because of our inexperience in running an agency. An investigation is being conducted by the Ministry of Labor regarding the alleged unfair dismissal,” the agency said. "We will follow all legal responsibilities and moral accusations based on the decision of the Ministry of Labor."

The agency claimed the former manager, who's surname is Kim, had his contract terminated because of justifiable reasons, unlike what he had asserted during an interview with SBS earlier this week, when the allegations first came to light.

"Despite Kim’s claims that he was ordered take on unnecessary chores and was treated 'as a servant,’ in truth Lee and his wife are both in their 80s and in poor health, so they are always in need of help from their families or people around them,” the agency said. "It is true that Lee’s wife was used to getting help because previous managers have always taken care of her."

The statement added that Lee and his wife realized that they failed to think and act from the other side's perspective, and would be apologizing to Kim in person.

The statement ended with an apology to the public from Lee.

"I would like to apologize for disappointing those who trusted and supported me,” Lee said. “I don't know how long it will be, but I'll try to be a better person for the rest of my life."