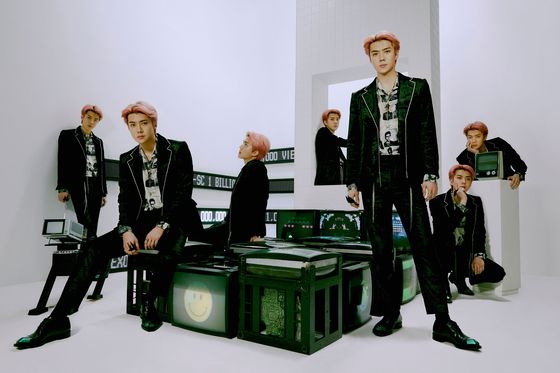 Sehun and Chanyeol of Exo-SC, the subunit of boy band Exo, participated in writing the lyrics of every song on their first album “1 Billion Views,” their agency, SM Entertainment, said on Friday.

Gaeko of the hip-hop group Dynamic Duo is in charge of producing the entire album that will be released on June 13.

The duo has already proved their lyrical talents after writing songs on their first EP “What a Life” released in July last year.

The pair also composed three songs, "Telephone," "Fly Away" and "On Me,” on the new album.

Producers and artists such as singer Moon, producer Gray, and hip-hop group Rhythm Power's Boi B and Hangzoo also collaborated to complete the new album.