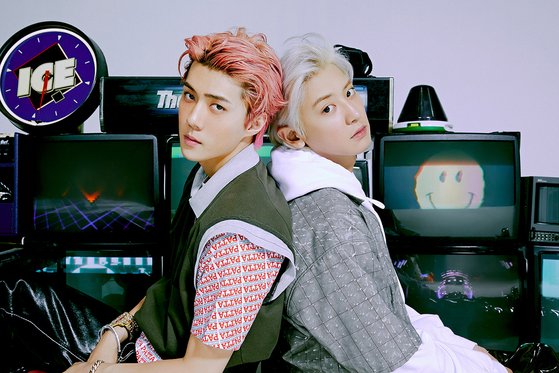 Boy band Exo's hip-hop duo Exo-SC topped the iTunes chart in 50 regions around the world with its latest full-length album "10 Million Views," just a day after its release on Monday.

According to its agency SM Entertainment, the duo — comprised of members Sehun and Chanyeol — sat on the top of the iTunes Top Album Chart in 50 regions including Canada, France and Japan on Tuesday.

It also became the fastest-selling Korean album of this year, having sold over 1 million yuan ($143,000) just 1 hour and 25 minutes after its release on China's QQ Music. It was given the Platinum Album certification by QQ Music and also sits on the daily digital album sales chart of the music server.

The album dropped on Monday 6 p.m., featuring nine songs across a variety of genres including the title track "10 Million Views."