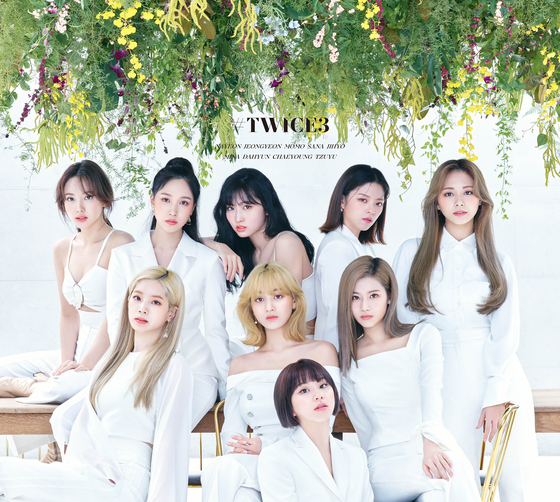 
Girl group Twice will release the album "#TWICE3" on Sept. 16, its agency JYP Entertainment announced after also releasing the cover image last Friday at midnight. The album, part of the group's popular Japanese "#TWICE" series, will contain 12 tracks including translated versions of "Fancy" (2019), "Feel Special" (2019) and "More & More" (2020). The group continues to have a strong presence among Japanese music charts with its latest single, "Fanfare," selling over 270,000 copies as of July 13. It was released on July 8.[JYP ENTERTAINMENT]