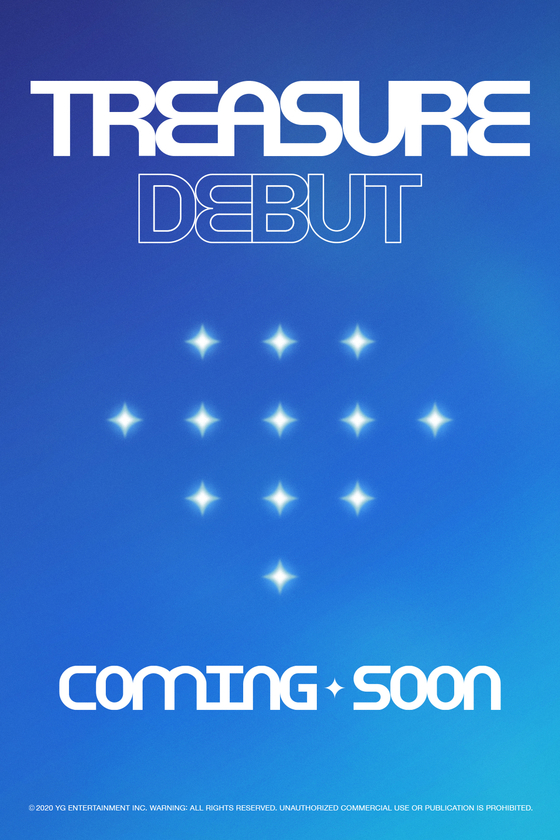 YG Entertainment unveiled a poster hinting at the launch of its newest group, a boy band called Treasure, on Monday.

The 12-member group was selected after competing in a survival program called “YG Treasure Box” from November 2018 to January 2019.

It is the fourth boy group, and largest, to be launched by the agency, which is also responsible for superstar girl group Blackpink.

The group’s debut is much anticipated by both local and global fans with its official YouTube account already garnering 1.2 million subscribers and some 100 million views.

Details of the official date of the debut have yet to be announced, but the agency hinted that the group will release multiple songs before the end of this year, just like Big Bang which released a single every month when they debuted in 2006.