Excess mortality may be low and not Covid-19 related

Excess mortality may be low and not Covid-19 related 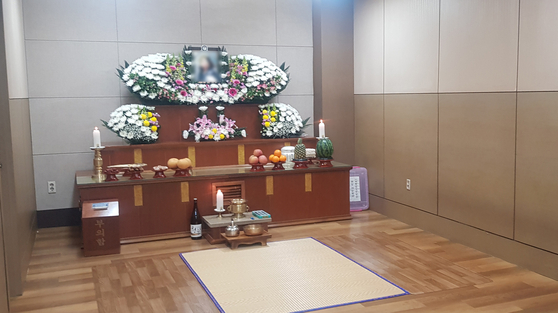 A funeral hall at the Daegu Catholic University Medical Center in Daegu. [YONHAP]


In the first five months of the year, the number of deaths in Korea increased 2.5 percent on-year, according to Statistics Korea.

The statistics agency said it could not yet determine whether the increase is the result of Covid-19 or not, but added that "excess mortality" was probably not particularly great.

Excess mortality occurs when the number of deaths is above normal.

This period was around the time the number of confirmed cases surged with the coronavirus spreading rapidly among members of the Shincheonji Church of Jesus.

The first confirmed case in Korea was reported on Jan. 20. The first reported death resulting from the coronavirus occurred on Feb. 19.

By region, excess mortality was recorded in Busan, Daegu, Incheon and North Gyeongsang.

In March, Daegu and North Gyeongsang were hotspots, as Shincheonji is headquartered and has a big following in the area. In Daegu, excess mortality was noted in March, but the rate of death returned to normal in April, and by May it was lower than normal.

「」
Excess mortality was also found in Incheon after a person from the area visited a club in Itaewon where infections were found.

Statistics Korea said that many factors can explain excess mortality, such as natural aging. This year in Korea, the winter was especially cold — a factor that could explain some excess deaths early in the year.

In particular, excess death was found in the 85-and-above category.

As of Wednesday, the number of people confirmed to be infected was 14,251, and 300 had died. A total of 882 are currently being treated.

The agency said it will post its excess death report on the 20th of every month on its website.