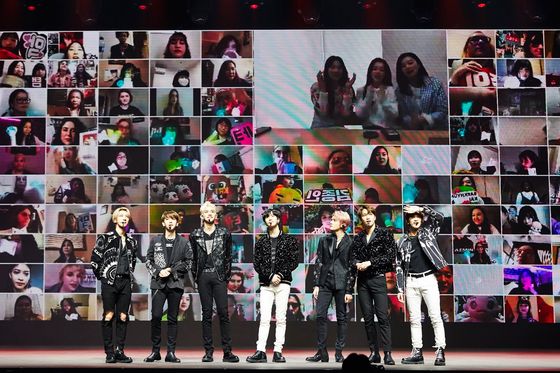 According to SM and JYP, BLC will manage and operate all future "Beyond LIVE" concerts, using the best of SM Entertainment's producing skills and its partnership with Korea's biggest portal site Naver, as well as JYP Entertainment's global network and creative power.

The goal will be to grow "Beyond LIVE" into an international online concert brand.


"Beyond LIVE" began in April this year with SM Entertainment's boy band SuperM's concert, which became the first online concert to charge viewers, providing them with the finest online viewing experience using the latest technology.

Boy bands NCT 127, TVXQ and Super Junior followed with their very own concerts, and JYP Entertainment's Twice announced that it will be the first agency outside of SM Entertainment to hold a "Beyond LIVE" concert on Aug. 9.

Producer Park Jin-young, the founder of JYP Entertainment, will direct the concert.

Twice's concert will be held on Aug. 9 at 3 p.m. through Naver V Live.