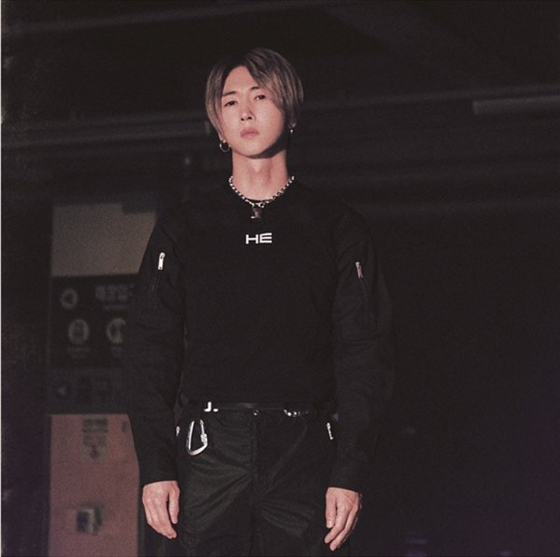 
Singer Jang Woo-hyuk from '90s boy band H.O.T. has released a retro-style photo ahead of his album “HE,” taking fans back to the height of his group's fame in the 1990s.

Jang’s agency WH Creative released two photos on Friday to attract more attention for the album scheduled to come out on Sept. 7. It’s been 11 months since he released his most recent single “Weekend” in October.

In the photo, Jang is wearing a black outfit with his hair dyed blonde, a prominent chain and earrings and a silver carabiner hanging from his black belt. The look has been interpreted as a modern take on '90s fashion.

The ‘90s star made his comeback in 2018 when H.O.T got back together for a performance. He released two singles in 2019.

Don't call it a comeback