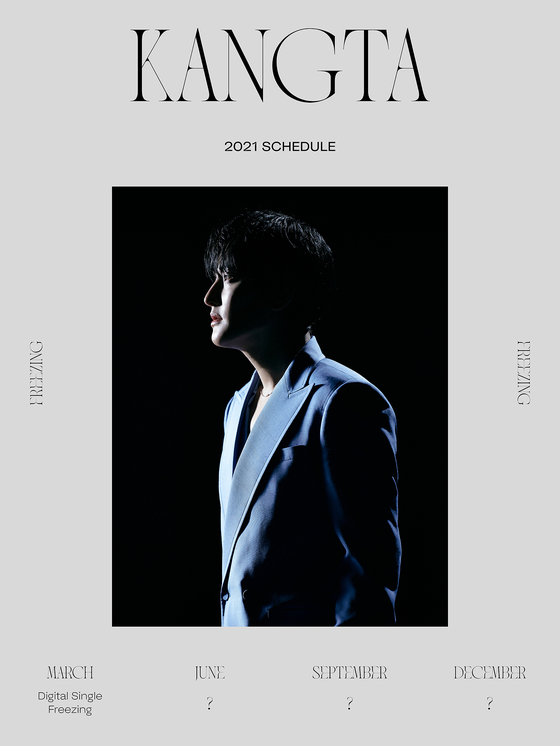 
Singer Kangta will kick off a special project to celebrate the 25th anniversary of his debut this year, starting with a new single "Freezing" set to drop on March 24.

According to the singer's agency SM Entertainment, Kangta's new single will be the start of a new series of content to celebrate the singer's silver jubilee as a first-generation K-pop singer.

"Starting with 'Freezing,' Kangta will release a new track or album every quarter to fill the meaningful year with music," the agency said.

"Freezing" will mark Kangta's first music in five years since his first EP "Home - Chapter 1" dropped in 2016. He has dropped tracks "Doll" (2017) and "Cough Syrup" (2021), but as a part of SM Entertainment's ongoing digital track project SM Station series.

Having stuck with his long-time agency, Kangta sits as a member of SM Entertainment's board.

Kangta debuted as the main vocalist of boy band H.O.T. in September 1996 with the band's first album "We Hate All Kinds of Violence." H.O.T. was one of the most popular bands of the late 1990s.