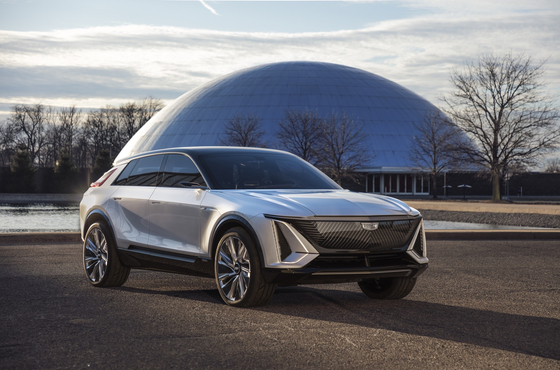 Cadillac is a luxury arm of the Detroit-based automaker.

GM also empathized the extensive supply base that Korea has, ranging from battery technology to electronics parts for GM's connected vehicles.

“I can’t say enough about the supply base in Korea and their support for GM for many years,” said Steve Kiefer, president of GM International, during the online presentation.

“[The] joint venture [with LG Chem] will really produce the world’s best and most efficient and cost-effective battery cell and we are really excited about the partnership.”

Last year, GM and LG Chem formed a 50-50 joint venture investing a total of $2.3 billion to mass-produce battery cells for the auto company’s future EVs, including building a new manufacturing site in Ohio.

Out of 100 to 130 suppliers that the U.S. automaker recognizes every year for being the “best supplier,” Steve said 30 percent have regularly been based in Korea including LG Electronics, which is in charge of in-vehicle safety and security systems for GM vehicles.

The Cadillac team during the online global roadshow also presented blueprints for its first-ever pure electric vehicle Lyriq, which it will start mass-producing from late 2022 at the earliest.

When asked about its belated entry into the market, Steve said “bringing the vehicle when they are ready” is more important than bringing it faster than its competitors. 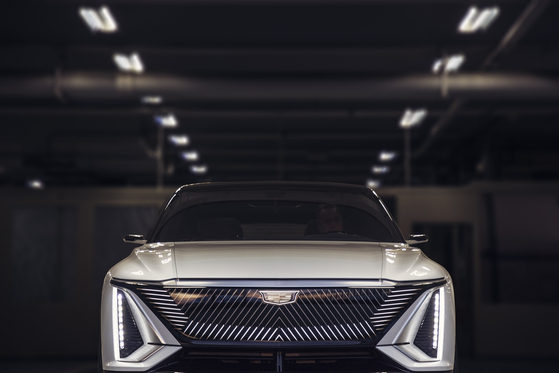 
“When we see the Lyriq, we often say this isn’t just a great electric vehicle but it is a great vehicle,” said Kiefer.

“We are confident that from market timing, when our customers see the vehicle and drive and feel the performance, they will come to the brand very quickly.”

Lyriq, a luxury full-electric SUV, is the epitome of GM’s future car technology, which plans on offering a range of more than 480 kilometers (300 miles) on a single charge and an advanced cruising system which, according to the carmaker, will be able to offer completely hands-free driver assistance features.

Cadillac, a fairly niche luxury brand in Korea, accounted for 0.7 percent of the newly registered vehicles last year in the import auto industry.

During the January to August period this year, it sold 886 new cars, a 26.5 percent year-on-year drop.