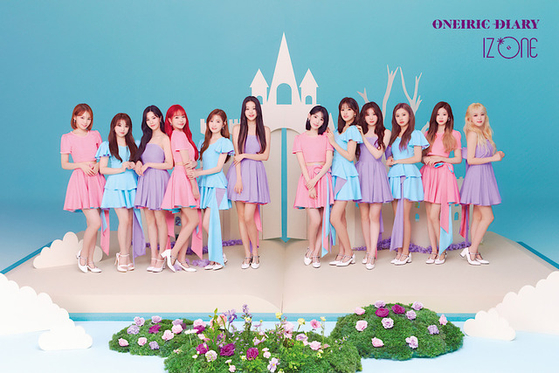 IZ*ONE [OFF THE RECORD ENTERTAINMENT]


Despite ongoing controversy about vote-rigging on the “Produce 101" series aired on Mnet, the cable channel announced Thursday that it will support the future activities of the project girl group IZ*ONE, which was formed through one of the series.

The 12 members were supposedly selected based on viewers' votes on the third season of the series. The group debuted in October 2018.

The Seoul District Court on Wednesday disclosed a list of 12 trainees whose votes had been tampered with over the course of the four series. On the list were Lee Ga-eun and Han Cho-won, who both appeared on series three. Evidence submitted in court showed the two actually came in fifth and sixth in the final round of voting, but were unjustly eliminated from the series.


The newly disclosed list has again raised criticism that the activities of IZ*ONE should be halted, but Mnet confirmed that the group will go ahead with its plans to release its new album on Dec. 7 and also participate in the 2020 Mnet Asian Music Awards on Dec. 6.

“The responsibility of this situation lies entirely with Mnet,” the cable channel said in an official statement. “We will fully support [the members of] IZ*ONE who are already active [in their careers] and achieving their dreams.”

The case began last July when fans of the show reported the program’s producers for fabricating vote results, after seeing that the number of votes were “mathematically impossible.” The Seoul District Court on Wednesday also upheld prison sentences for two star producers who were found guilty of manipulating the votes.