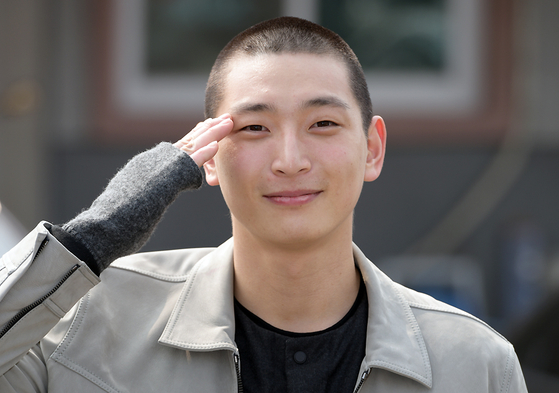 Jeong Jin-woon of 2AM on his day of enlistment in November last year. [ILGAN SPORTS]


Singer Jeong Jin-woon of 2AM will be discharged from his mandatory military service on Oct. 7.

He will be taking his last vacation days from his military service this week and won’t return to the military after his vacation.

Normally, he should go back to the base before being discharged, but due to the pandemic, military bases have been allowing soldiers to not come back to the base if they are using their vacation days up to their date of discharge.

Jeong was enlisted in March last year as a military band member. In November, he admitted that he’s been dating Gyeongree of girl group 9Muses. At the time, his agency said they had been dating since 2017.

Jeong made his debut in the entertainment scene in 2008 as part of 2AM.