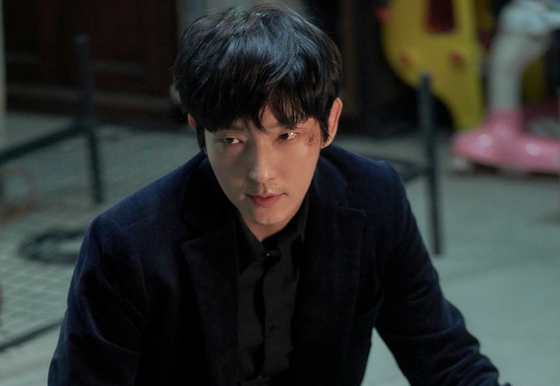 
Recently ended tvN drama “Flower of Evil” has not only confirmed how talented actor Lee Joon-gi is but given Lee the chance to show how versatile he can be. Lee, who took on the role of a husband and father who had to hide his past, showed audiences all he had to offer on the cable channel drama through encompassing a variety of different genres such as melodrama, thriller and action.

“I felt a mix of many different emotions as I wrapped up the work,” said Lee during a recent interview with the Ilgan Sports, an affiliate of the Korea JoongAng Daily.

“The comforting feeling that I had safely completed the run of the drama and the feeling of accomplishment that I made it work until the end and overcame the burden I felt in the beginning was mixed with the feeling of emptiness because I was saying goodbye to those who I worked together with on set."

Lee's character Do Hyeon-su, who is suspected of murder but is in fact innocent, decides to live his life under a new identity, with the name Baek Hee-seong, in the hopes of having a “normal” life as a husband and father while trying to leave his dark past behind.

The actor shared why he was smitten with the character he was tasked to play and how it felt to be rediscovered by many fans. Below are edited excerpts from the interview.

What made you want to take on this role?
When I first read the script, I thought this role wasn’t something I could manage. I kept on asking myself over and over whether it was possible to play a husband and loving father who is also a man that is very sad and cruel. Before I decided to do it, I had to think a lot about whether I could be convincing. I had about two weeks to spare so I kept on reading the script and tried to picture the scenes. Then, in one moment, I came to think that I’m just destined to have this role at this moment. I wanted to make a turnaround as an actor with this work.

How did you prepare to play such a multi-faceted character?
I had to put the most focus on making my character real. For the Baek side of the character, who works as a craftsman, I watched many different YouTube videos about making crafts to learn all the specific details in the actions and transform myself into Baek. To become the Do side, I had to practice all the different expressions Do would use when he was forging relationships with others.

How did you like doing all the action scenes?
Since I like working out regularly, it wasn’t so difficult physically. So I spent more time thinking how big of an action I should make for the audience at home to grasp all the emotions my character was experiencing. I decided not to make the fight scenes too coordinated. I didn’t think those big scenes would add that much in this drama. I didn’t use a double to do scenes so that I could be pushed, shoved and collapse and that audience would be able to believe in my character more. 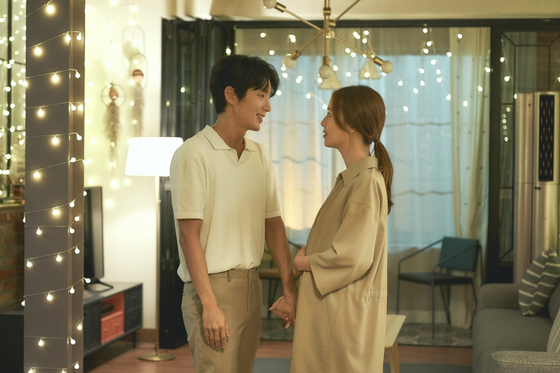 How did you find playing a husband and father?
I put together the personalities of my character as I talked with fellow actor Moon Chae-won. She is very good at bringing emotions to the surface, so I was able to catch some little things that I would have otherwise missed. Thanks to her, at the end of the drama, my heart just warmed up just thinking about my wife in the show. There were a lot of impromptu lines as the director just left it up to me so that I could try different things. I spent a lot of time with the actor who played my daughter in the show. I went early to play with her and tried to stay close. Sometimes I felt even more tired from hanging out with her than from acting. Many of the crew who were there told me that I will live a good life when I get married and go crazy about my own daughter. I don’t know what future has in store for me, but if I were to form a family, I would love it with all my heart.

Did you expect the drama to be so well received in the beginning?
I had a firm belief that it would do well, but I didn’t know there would be so many people who would enjoy the show together and love it. Many fans around the globe have paid for many different advertisements all across Seoul, and I was very touched that they were feeling the emotions the characters were feeling as well. I felt really touched. I was happy to get all the compliments on my acting, but that also burdened me. I think I still have a very long way to go as an actor. For me to grow and present new and good characters, a lot of others have to put in effort.

What does this drama mean to you?
I always feel responsible as a lead to contribute as much as possible. I spent more time than ever to think about how much I can do, and I am just so thankful that it ended its run on a good note. I was so happy because that would not have happened unless there was the smooth communication among everyone on the set. I think feeling happy being surrounded with people I love with whom I can share my dreams is more important than me becoming successful. This work really has helped me to create a sturdy foundation to make myself a stronger and fuller person. I think I’m very blessed.