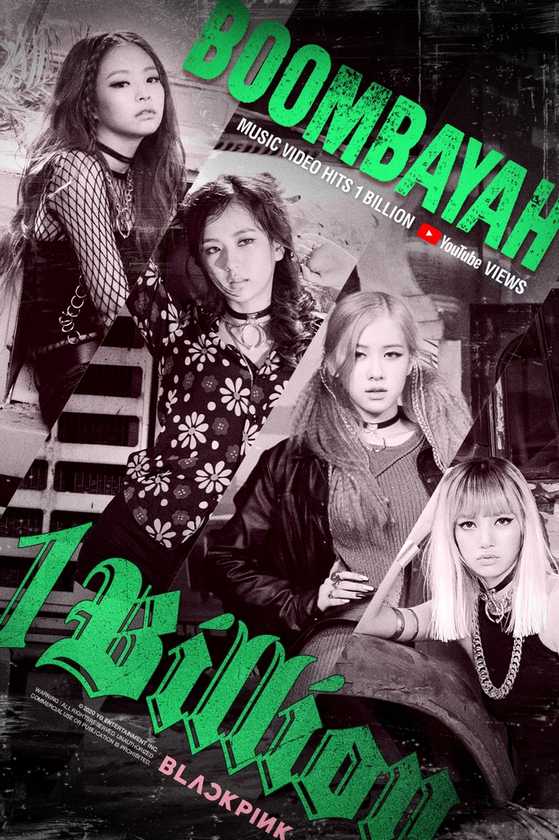 
Girl group Blackpink’s music video for the song “Boombaya” (2016) has become its third to surpass 1 billion views on YouTube.

Blackpink is the only K-pop group that has three of its videos with more than 1 billion views. “Boombaya” joins the music videos for "Ddu-du Ddu-du" (2018) and "Kill This Love" (2019).

Blackpink is also the artist with the second-largest number of YouTube subscribers in the world, with 51.1 million.