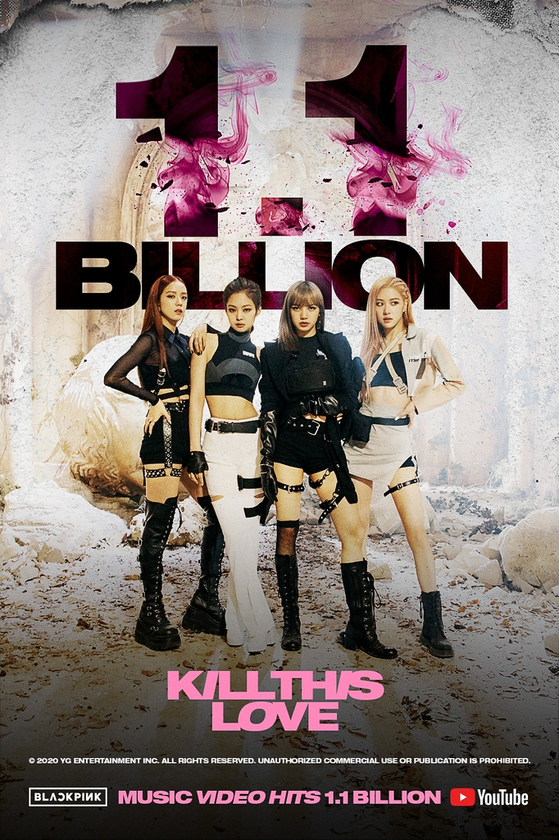 This marks the group’s second music video to reach 1.1 billion views along with its music video of "Ddu-du Ddu-du" (2018).

The music video of "Ddu-du Ddu-du," which achieved 1.1 billion views in March this year, is now close to reaching 1.4 billion views.

"If this trend continues, it will be only a matter of time before ‘Kill This Love’ catches up with 'Ddu-du Ddu-du,' the most viewed music video of K-pop groups," the agency said.

The group’s 2019 release “Kill This Love” debuted at No. 41 on Billboard’s Hot 100 singles chart, the highest on the chart for a Korean girl group.