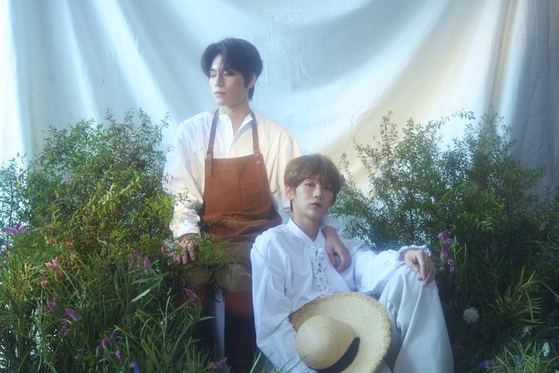 The duo, consisting of members Sang-gyun and Kenta, will drop its fourth EP on Oct. 28, the first new music since its last digital single "Only One" was released in December last year.

"The new album will show a more mature side of JBJ95, who are turning from young boys to men," the agency said.

JBJ95 debuted in 2018 with EP "Home," after forming the project band JBJ in 2017 with four other members: Roh Tae-hyun, Jin Longguo, Kwon Hyun-bin and Kim Dong-han.

The members all participated in the second season of Mnet's audition program "Produce 101" (2017) and proved popular among viewers, although none won a place in the final 11 of the project band Wanna One.

They were put together as a team thanks to the wishes of fans to see them debut, and spent six months together.

JBJ95 was later formed with the two members, taking its name from JBJ and the number 95, as both were born in 1995.