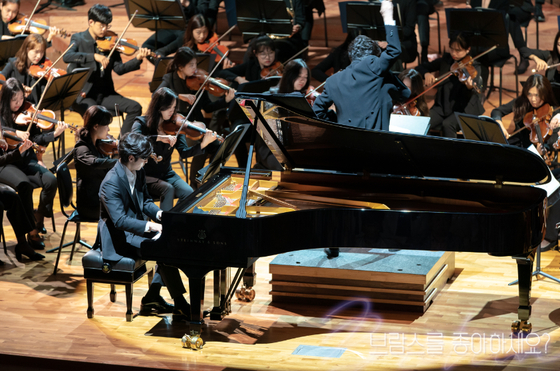 A scene from ongoing SBS drama "Do You Like Brahms?" [SBS]


When it comes making a fictional story more realistic, its all about the details.

Many screenwriters are taking inspiration from everyday life and moving away from the cliché storylines of ordinary girl meets handsome, rich businessman.

Many industry professionals have been lending a hand to making these plots as realistic as possible. Former Judge Moon Yoo-seok wrote stories for tvN “Miss Hammurabi,” which tells the story of the life of judges and the various disputes they have to settle, and No Seon-jae, who used to work for a publication about child care, put together tvN's “Oh My Baby," in which the protagonist is a deputy manager at parenting magazine company.

Currently airing SBS drama “Do You Like Brahms?” is the most recent drama focusing on the realities of life. The series is based on the lives of a group of 29-year-olds trying to forge careers in the music scene. The lead characters are Chae Song-a, who became a music school student later in life because she couldn’t let go of her love for music, Park Jun-yeong, who became a successful musician thanks to his natural talent but is slowly losing interest in music, and Lee Jeong-gyeong who was raised as a child prodigy but is now reaching her limits.

The drama has gained popularity especially among fans of classical music in Korea, as it depicts real-life problems and decisions that those trying to make it in the music scene face. Fans call Monday and Tuesday — the days the drama airs — “B-day,” taking B from the title of the drama. They also refer to themselves as members of an orchestra and regularly post online, even on days when the drama is not being aired.

Behind “Do You Like Brahms?” is writer Ryu Bo-ri, who studied violin and business at Seoul National University, and then got her masters in performance arts management at New York University. She continued her career in marketing at IMG Artists and the Chamber Music Society of Lincoln Center as an intern and then went on to work at New York Philharmonic and Sony Music.

Ryu, who is still writing the script for the drama, had an email interview with the JoongAng Ilbo, an affiliate of the Korea JoongAng Daily. The following are edited excerpts. 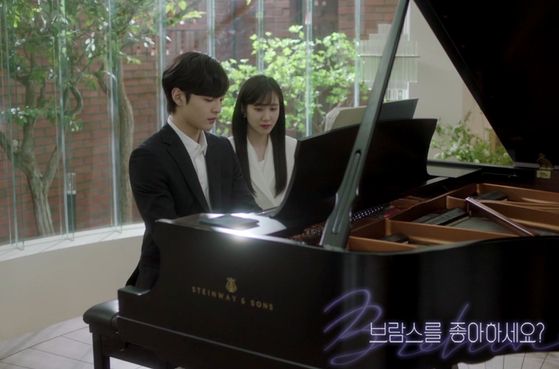 A scene from ongoing SBS drama "Do You Like Brahms?" [SBS]


How did you come up with the title for the drama?
Because I have a triangle relationship between Johannes Brahms, Robert Schumann, and Clara Schumann in mind, I came up with that name. Brahms is known to have loved his friend Schumann’s wife all his life and this is one of the most well-known love stories among classical musicians. I wanted to share a story of a person who has loved someone or something for a very long time even if it’s one-sided, and I naturally started to think of the trio.


Are the episodes on the show inspired by real experiences of yours?
The character Cha Yeong-in is based on good bosses and colleagues that I have met while I was interning when I was still in college. Those people that I met back then are now the ones leading the classical music scene in Korea. I’m always thankful that I had the chance to meet them. As I write, it is nice to think about the past lives of classical musicians.


Did you model the character of Park Jun-yeong after anyone in particular? Some speculate he is based on classical pianists Cho Seong-jin or Kim Sun-wook.
Many of the scenes are fictional and I didn't model the Park character on anyone. This is just my contribution to honor the musicians of my life who try to find their own answer in the book of musical notes and practice every day.


How do you choose what music is played in each scene?
I prioritize whether the music has the composition that fits into the scene I created. For example, there is a scene where page-turner Chae Song-a hits the hand of performer Park Jun-yeong. The music I chose here, Ravel’s "Tzigane," has a violin solo of 3 minutes and 30 seconds. There is also a scene with a violinist, celloist and pianist where the three perform Mendelssohn’s "Piano Trio No. 1." The cello and piano start together and the violin joins a bit after. I chose this because it fits perfectly with the relationship between the three. However, the actors actually choose most of the music they want to play when they film the scenes of them practicing. They are very eager to practice the ones they love to provide the audience with a chance to listen to a variety of music.


What made you become a drama script writer?
My work was chosen for an audition for a screenplay by SBS Culture Foundation in 2018, and I had two scripts for dramas made into two episodes in the past year. Before I became a writer, I heard that a drama writer never works alone. In fact now I have lived that life, I know that’s true. There are times when I have to think and write alone or erase things I had written, but I spend a lot of time with others to make the drama and set it in the right direction. It requires as much communication with others as when you work in an office.

drama Do You Like Brahms? K culture Korean drama SBS