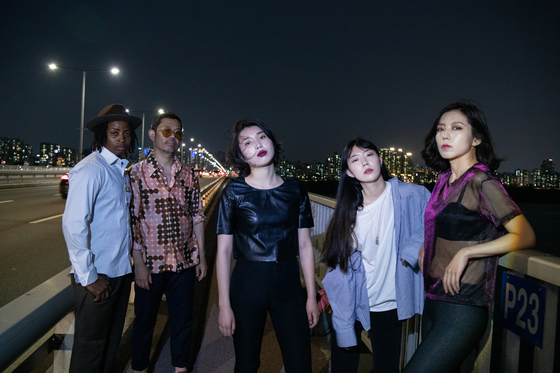 
Different styles of melody and rhythm developed in Africa, Korea, and other regions of the world are all intertwined thanks to band Tresbonbon.


"Bop Murger" means eating a meal in Korean and is Tresbonbon's latest album, released in August. The five-member group consisting of four Koreans and one West African, provide cheerful tunes matched with Korean lyrics that represent some very ordinary moments in life that many may experience, including the members themselves.


“Alba Song,” the lead song of the album began from the words vocalist Kim Do-yeon repeated to herself again and again while she was working a part-time job at a chicken stew restaurant. “I wish time would fly,” or “One more hour to hang in there” are some of the phrases she thought while working, and they became the lyrics of the song. Alba is the term for part-time job in Korea and albasaeng is the term used to describe those who work those part-time jobs.

“Since these phrase are ideas many have at least thought of once, or something they think every day, any worker can sympathize a lot,” said Kim.

While the songs they sing seem very fresh, they are not so new in the entertainment scene. Poet and guitarist Sung-ki-wan, who debuted as part of 3rd Line Butterfly in 2000, formed a team with musician Amidou Diabaté from West Africa’s Burkina Faso to make AASSA, Afro Asian SSound Act. That also marked the beginning for Tresbonbon. With vocalist Kim Do-yeon as well as drummer Kim Ha-nul and keyboardist Choi Yoon-hee, the group now has a total of five members. 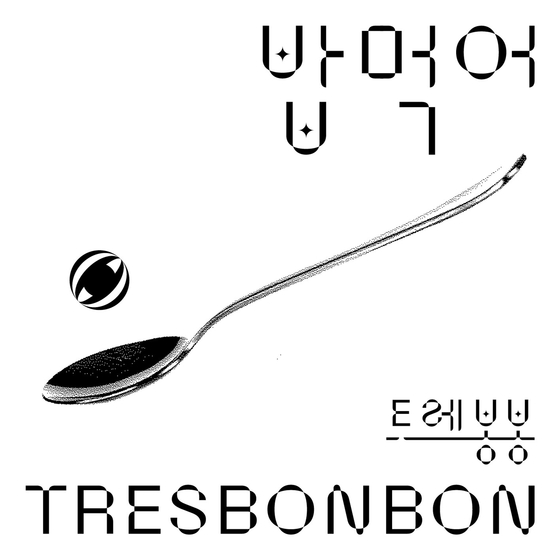 
It released its debut single “Green Shower” in August last year. One year later at the end of August, the group released “Bop Murger.”

Choi, who used to work as part of the group South Club alongside Nam Tae-hyun from idol group WINNER, said she feels freer being a part of an indie band as she doesn’t need to worry so much about whether the album sells or not and gets to express what she wants to through music. Kim added that the biggest asset the group has are all the past experiences of each of its members.

“When people hear that music from Africa and Korea is combined together, they tend to think of some traditional music tunes,” said Kim. “Yet nowadays you can make music on a computer wherever you are, and even when the genre and language are different, one can [use different sources] to make something more contemporary.”

Vocalist Kim said she was fascinated by the sounds that she had never heard before when she first watched AASSA perform. Sounds from acoustic instruments made of wood by Diabaté went well with electronic music, said Kim.

Diabaté first came to Korea in 2012 when he was chosen to be a performer for the Africa Museum of Original Art in Pocheon, Gyeonggi. Most of the other performers went back home in 2014 after issues with racism and payment, but he decided to stay and continue working on music. He comes from a family of "griot," or West African historians, storytellers, praise singers, poets and musicians and is a 13th-generation musician.

While there are some big age gaps between members, everyone feels comfortable to freely discuss their ideas with one another. Sung, a professor at Kaywon University of Art and Design is almost 30 years older than the youngest member Choi.

“We each throw ideas in turns, and that piles up to make the shape in the end,” said Sung, adding that it is never fun to have a top-down process of having a theme first and then start talking.

“The boundaries between languages are gone just like BTS getting the top place on the Billboard, so the sound itself is more important than the meaning behind it. We have high hopes as we are a group that intertwines Korean, English, French and African languages, and we can do more interesting experiments from now on."