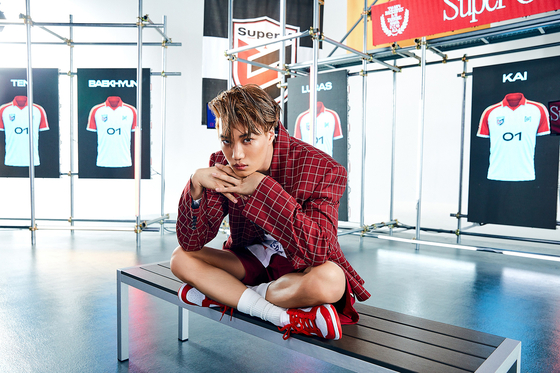 Super M member Kai is shown in a teaser image for the upcoming album "Super One." [SM ENTERTAINMENT]


SM Entertainment unveiled a teaser image of Kai, one of the seven members of SuperM, on Monday ahead of the release of the group's new album.

On Sept. 24, the group will perform “One (Monster & Infinity)” on “The Ellen DeGeneres Show” in the United States, and the performance will be available on major music streaming services. SuperM went on the same American TV show in October to promote “Jopping,” a song on its mini album “SuperM."