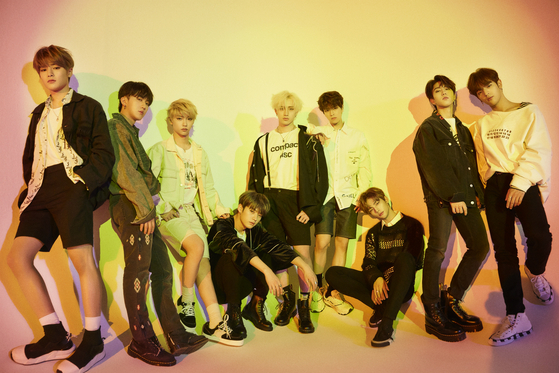 Idol group Stray Kids will drop its first EP in Japan titled “ALL IN” on Nov. 4, according to its agency JYP.

The title song of the same name shows that the group is going all in for the move in order to take a step forward. The EP will have a total of seven tracks including new songs “FAM” and “One Day,” as well as single "Top," which it released in June.

"Top" reached the No. 1 spot on Oricon’s weekly list for singles in the first week of its release. The group has become the fourth of foreign male artists to take the No. 1 spot on that particular chart, according to local media.

The group's most recent release is a single called “Back Door,” which is part of its first repackaged album released on Sept. 14. The album sold about 233,000 copies within the first week of release, about twice as many copies as its first regular album sold in the same time.