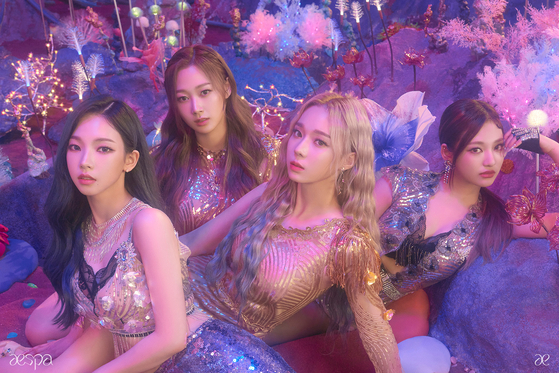 The four members of aespa, the newest girl group to debut with SM Entertainment. [SM ENTERTAINMENT]


SM Entertainment’s new girl group aespa will make an official debut with the release of its single “Black Mamba” on Nov. 17, its agency said on Monday.


The group consists of four members; Karina and Winter of Korea, Giselle of Japan, and Ningning of China. It has been six years since SM Entertainment introduced a new girl group after Red Velvet.

In a video released Monday, it explained how these members will be connected with their own avatars in a fictional space.

While the real world members perform in the offline world, the avatar members will simultaneously perform and offer other content online.


The group’s name “aespa” is a mashup of the term “Avatar X Experience” and the word “aspect.”