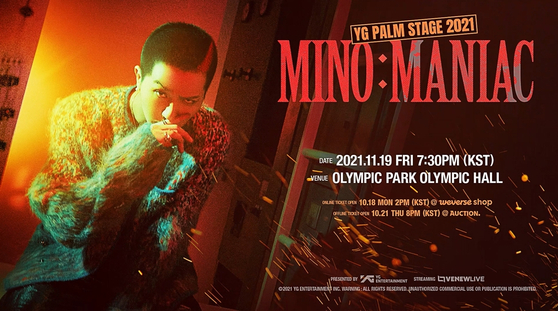 
Mino of boy band Winner will reveal a new track during a solo concert on Friday, according to YG Entertainment.

Since fans have waited a long time for an in-person concert due to the Covid-19 pandemic, the singer said he wanted to “gift them a special moment” and decided to reveal his upcoming track.

“Mino actively voiced his opinion that he wants his fans to be the first ones to hear the song,” said YG Entertainment. “It’s a brand new track that he just finished working on, and it will be a meaningful performance showing his musical growth.”

When or on which album the track will be officially released is unknown.