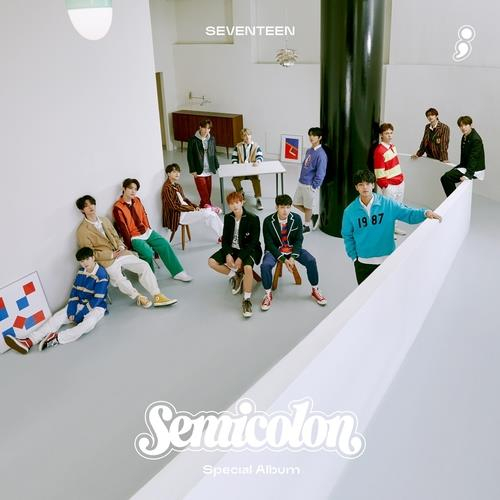 
Boy band Seventeen has now sold two million albums. Its latest EP "; [Semicolon]" sold over 1.06 million copies since its release on Oct. 19. according to Pledis Entertainment. In June, the 13-member group sold over 1.37 units of its eight EP “Heng:garae." [PLEDIS ENTERTAINMENT]