Boy band Seventeen poses for photos prior to the online press conference held on Monday afternoon for the release of its special album "; [Semicolon]." [PLEDIS ENTERTAINMENT]


It's important to try your best, but it's okay sometimes to take a break, says boy band Seventeen through its special six-track album "; [Semicolon]" released Monday at 6 p.m.

"Just like the punctuation of a semicolon, which divides up a sentence without fully stopping it, we want to send the message that it's okay to take a break," said Vernon on Monday afternoon during an online press conference held prior to the release of the album.

"We hope that people listening to the song, especially young people, can take a break and enjoy it with us. We wish that the song will be enjoyed by everyone." 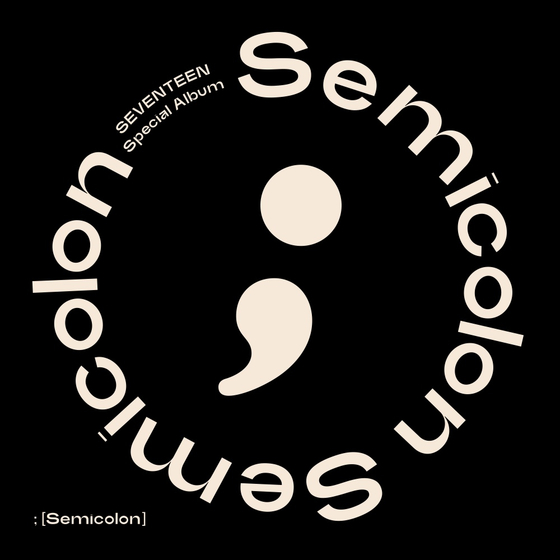 The cover image for the special album "; [Semicolon]." [PLEDIS ENTERTAINMENT]


The album's lead track "Home;Run" is a jazzy swing dance pop song that will have people tapping their feet while listening, its mood heightened by the funky music video that resembles a well-made musical. Member Uzi participated in writing the melody and lyrics of the song.

"All members took part in making the album more than ever before," said Uzi. "We thought about what message we could deliver to the listeners as musicians. As young people who felt all the emotions of youth, we wanted to tell everyone that it's okay to take a day off, because we've felt that as well."

Seventeen's new album "; [Semicolon]" comes four months since its seventh EP "Heng:garae" and two months after its Japanese single "24H," which both set new records for the group. "Heng:garae" surpassed 1.1 million copies in preorders, while "24H" had the band sit on the top of Japan's Oricon Weekly Chart for the fourth time — a record for any foreign act in Japan.

Their latest feats have been more than flattering, but Seventeen remained humble. 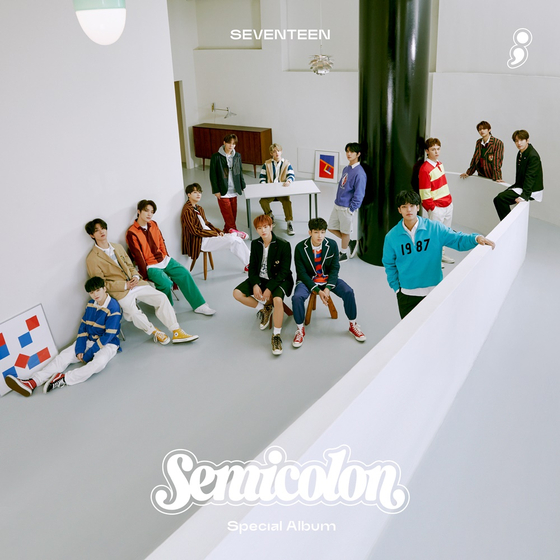 
"It would be a lie to say that we don't wish for good results for the new release," said member DK. "But we feel so grateful to know that the influence we and our music has over people has become bigger. We want to give positive energy to people, and it we would be satisfied to know that we were remembered by the youth of this generation."

Seventeen continues to grow in the global music market, especially on the Asian scene. It's been five years since the band's debut, and the members thank each other and fan club Carat for everything they've achieved.

"I think the strongest asset we have as Seventeen is the 13 members," said S.Coups. "We have been singing our story since day one, and that has made us stronger and more defined as a team. We've made our mistakes, but we flaunt great harmony while each member still stands out. We have 13 times the energy with 13 people."