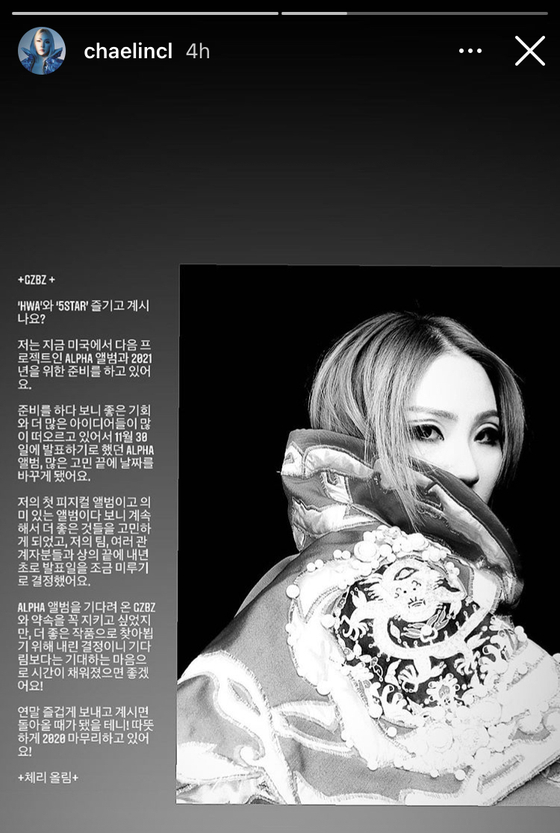 
Singer CL, a former member of girl group 2NE1, has decided to push the release of her first physical album until next year. The album was originally scheduled to drop on Nov. 30.

She revealed the news on her social media on Monday while also sharing that she is currently in the United States and preparing for 2021 and her next project album “Alpha.”

“There have been many new opportunities and ideas, so after long consideration, I decided to change the release date of my album,” she said.

“I really wanted to keep my promise, but this is the decision I made to meet you with better work.”

CL to drop music video for 'Chuck' at 1 p.m. Friday