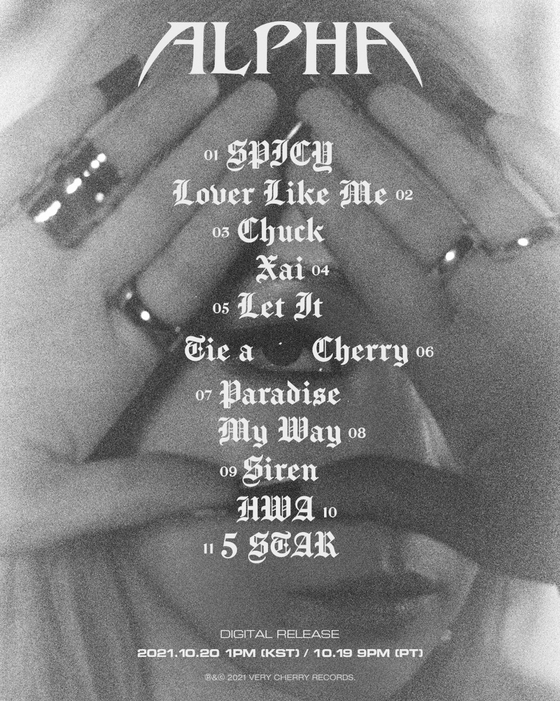 
CL disclosed the tracklist for "Alpha," the singer's first regular album, and its release date on Wednesday.

"Alpha" will be available digitally on Oct. 20 and in a physical format on Oct. 22.

It will have 11 tracks, including four that have already been released: "HWA," "5STAR," "Spicy" and "Lover Like Me."

CL said she's preparing to introduce the new songs with a special performance, which will take place shortly before the release of the album.

CL was a member of girl group 2NE1, which is now disbanded. The album is the first since her solo debut.