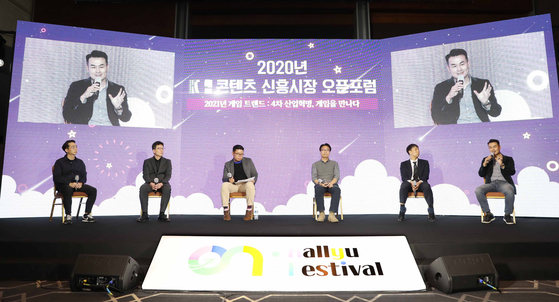 
The next generation of games will be all about building a dream life in the virtual realm and will be accessible by all gadgets, game experts said on Monday at the “2020 Game Content Emerging Market Open Forum” held as part of Korea Creative Content Agency’s (Kocca) “ON: Hallyu Festival.”

The forum is held regularly by the game association to introduce the next generation of game trends and technology.

At Monday’s session, experts all turned to auteur Steven Spielberg’s 2018 sci-fi hit “Ready Player One” as inspiration for what is set to be the next step in the gaming world.

Like the characters in the movie, players will be able to build themselves another life in a virtual world using the finest XR (extended reality, which encompasses other terms such as virtual reality, augmented reality and mixed reality) technology. 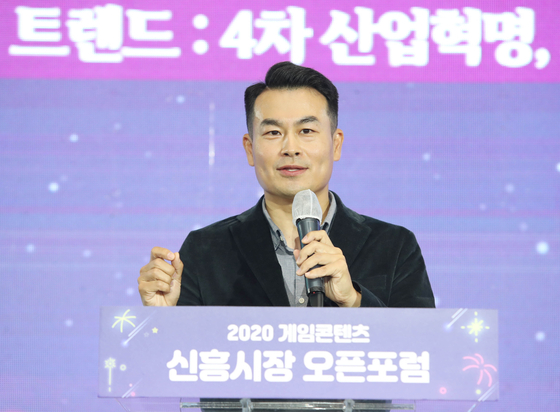 
“People have a desire to feel satisfaction vicariously in a virtual world,” said Song Min-seok, head of core sales at Unity, a platform for creating and operating interactive, real-time 3-D content. “Someone who’s not in the ‘mainstream’ in real life has the potential to outperform others with time and effort in the virtual world, which is a major factor that lures them into the gaming world. If a game's world allows players to experience everything that anyone can think of and build second lives, then games will become so much more popular than they are now.”

Shin Dong-hyung of R Support stressed the importance of a ubiquitous 5G network system for such virtual worlds to be accessible for everyone, while Yang Seong-il of the Electronics and Telecommunications Research Institute emphasized the crucial role that artificial intelligence (AI) will play in running a smooth gaming experience for both users and developers.

According to Song, metaverse is a compound of the prefix "meta" and universe, and it describes a space where avatars would allow users to act out social, economic and cultural actions. A metaverse cannot just reflect elements of the real world, but rather it must offer in-depth details that provide limitless actions. 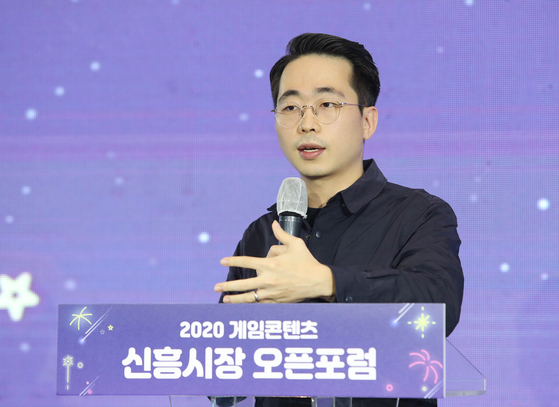 
“The Sandbox game is set to be released in a beta test format next month,” said Lee of The Sandbox. “It allows users to not only play games that are created by other companies and users, but also build their very own world and make profit off of other people playing their games. We only provide the platform, and users are free to generate and use any kind of game format they wish to. And that even leads to real-life profit via cryptocurrency.”

The most important factor for games to reach that stage, according to Kim Kyung-il, the head of Game Culture Foundation, is for not only users but also developers to realize the value of games as more than a simple hobby. The most compelling aspect about games is that they give instant and detailed feedback on how their characters are doing, and this could lead to much efficiency and reduce players' stress levels if applied to all parts of people’s lives.

“Games can turn an ill-defined problem to a well-defined one,” said Kim, who participated through a pre-recorded video. “If we have to wait for a train to arrive at a subway station without knowing when it will come, then we feel stressed. But if we are given a specific time, then we can set our plan of actions within that time. It’s the same with studying or working — if we’re given specific feedback on how much our actions are worth, how far we are from achieving our goals and what must be done to succeed, then we are motivated and even feel entertained.”