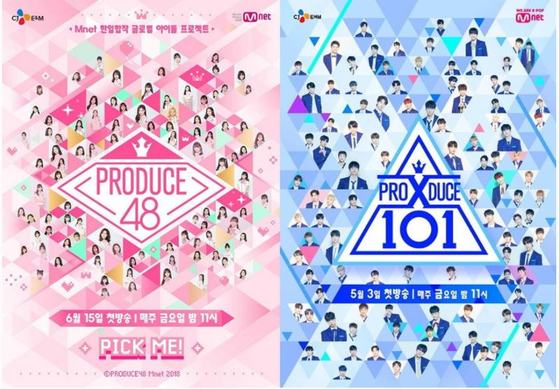 Producer Kim Yong-bum was sentenced to two years in prison with a fine of 37 million won ($33,500) while producer Ahn Joon-young was sentenced to one year and eight months and the same fine during the initial trial held in May.

The producers’ appeals trial was held Wednesday and the Seoul High Court decided to maintain the ruling stating that the producers were guilty of not only taking bribes from entertainment agencies but also fabricating voting results in the process of forming the show’s final project groups.

Kim and Ahn are accused of rigging voting results for the “Produce 101” series, manipulating the names of members who got to debut as part of the show’s project bands. They are also accused of providing special merits to certain contestants and entertainment agencies.

The case began last July when fans of the show reported the program’s producers for fabricating vote results, after seeing that the number of votes were “mathematically impossible.”

The court also revealed the names of 12 trainees whose votes were manipulated over the four seasons, resulting in their elimination from the show.

However, the court decided to withhold the names of the trainees who benefited from the rigged voting results and become members of a project group, insisting that the trainees were not aware that the votes were being manipulated, and therefore they are also victims.

Following the court’s decision, CJ ENM’s Mnet released an apology which stated that it “respects the court’s decision and humbly accepts it.” The cable music channel also apologized to the trainees whose names were revealed, adding that they are in contact with them to offer compensations.

Mnet to livestream episode of 'Queendom 2' ahead of official premiere